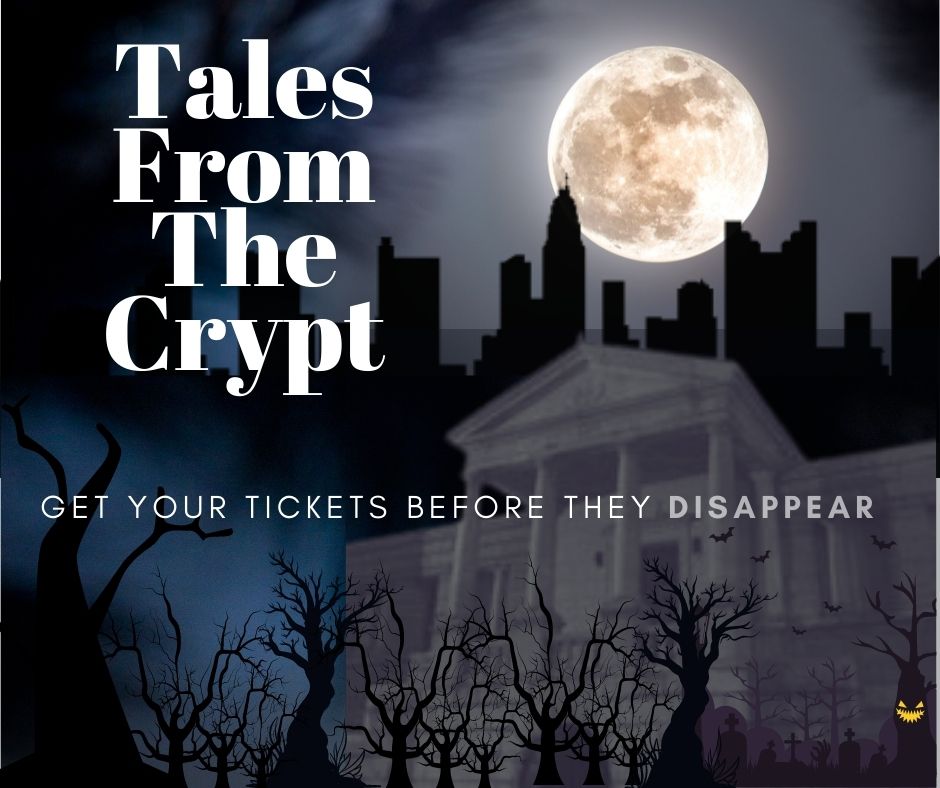 Halloween is coming to the Abbey.  Join the search on October 30th!

First come to the Abbey for a map, then on your own, you’ll visit their homes and other favorite haunts.

Following a self guided tour through Columbus’ historic neighborhoods, you’ll meet the Sells brothers who owned a circus, Mayor Karb who led Columbus as it rebuilt after the 1913 flood, and Marjorie Thacker, who helped Hannah Neil meet the needs of the poor.

At the Abbey there will be an exhibit on building port Columbus. You will also meet Adele Smith, a Ziegfeld Follie girl.

TALES FROM THE CRYPT - ESCAPE TO THE CITY!