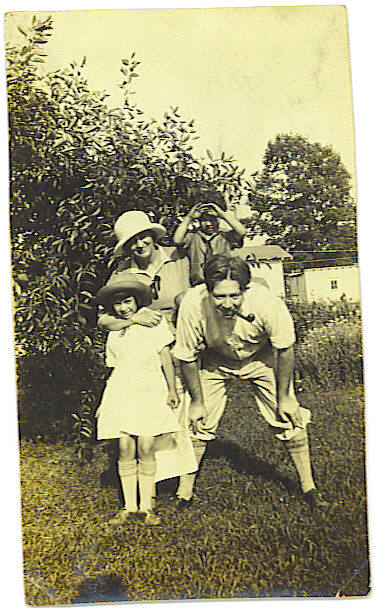 I wish to honor my great aunt, Freda Steube, who is interred in the Abbey. Though I never knew her, she lived quite a life. Freda married John Bryan, a wealthy industrialist of Cincinnati, who she met while working in his factory. Bryan was much older than Freda, but they wait until she was 21 to marry. She and John moved to Yellow Springs to live on a large beautiful property, which is now a state park that bears his name. After Bryan died, Freda married my great uncle, John Steube, (brother to my grandmother). John & Freda spent the remainder of their lives together traveling in their motor car across the nation. In 1940, Freda died in Columbus at the age of 54. As you can see in the photo, Freda (woman with hat) was a lovely person, surrounded by a loving and fun loving family.